Initially produced monthly, later quarterly and then half-yearly, these lists contain the names of all Sudan Government employees, both British and Sudanese, from 1914-1963. They are useful for tracking the careers of personnel from the Sudan Political Service as well as the technical services such as the government railways, the Medical Service and the Education Department. Although incomplete, this set of staff lists gives fairly comprehensive coverage from World War I to the end of the Condominium, as well as the first few years after independence. 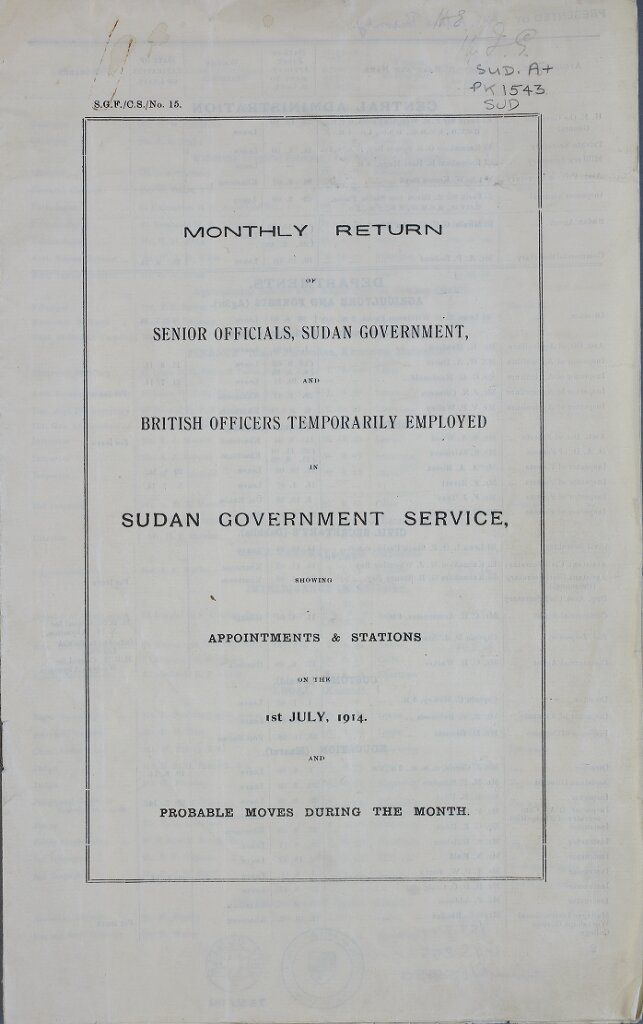