During the Condominium period of British rule in Sudan, provincial governors and heads of departments submitted detailed annual reports to the Governor-General who used them to compile his report on the country for the High Commissioner in Egypt. The reports for the years 1902-1914, when General Sir Reginald Wingate was Governor-General, are particularly valuable, containing a wealth of information and statistics on every aspect of the administration. By the late 1920s many government departments produced printed copies of their annual reports, but their survival has been haphazard. In their absence, the Governor-General's reports provide the researcher with essential background details on each province and department. 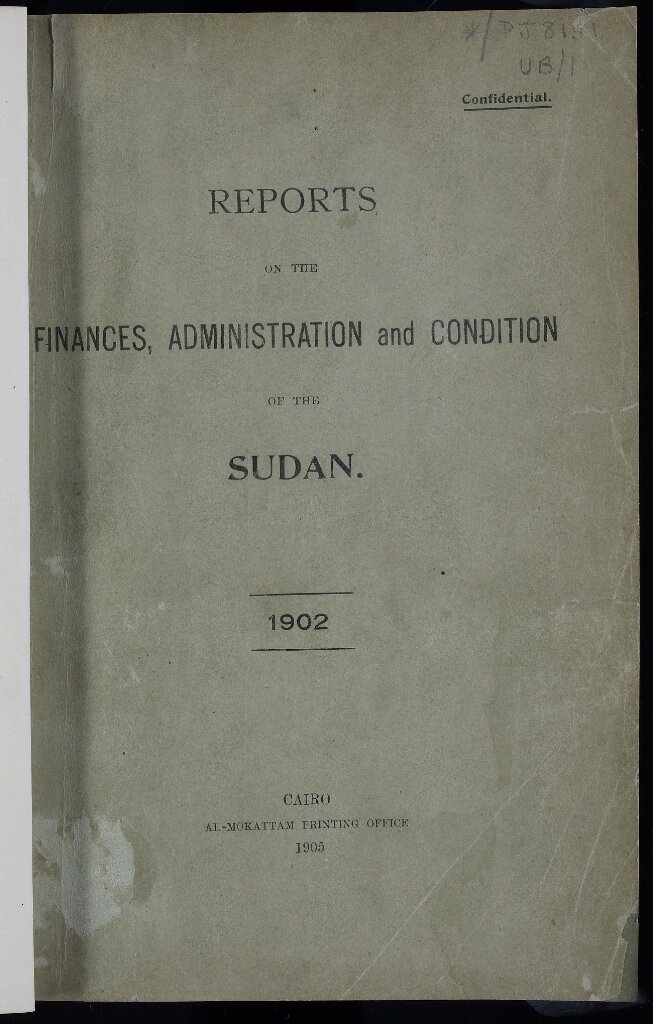 Report on the finances, administration and condition of the Sudan, 1902 (SudA+ PK1561 GRE)