The Sudan Archive holds an extensive collection of maps of Sudan (covering modern-day Sudan and South Sudan) and neighbouring countries. Most were printed by the Sudan Survey (Maṣlaḥat al-Misāḥah) and the 1:250000 series has a particularly good coverage of the whole area. The Survey also produced subject-based maps (such as population or agriculture).

The 1:250000 scale series of printed maps covered Africa. Although sheet numbers changed, the area covered remained the same, each sheet covering an area of 1.5 degrees of longitude and 1 degree of latitude, at a scale of 1 inch equalling 4 miles. Each part was the equivalent of one sheet of a 1:1000000 scale map, and was made up of 16 sheets, lettered A - P.

Although some areas were mapped before the First World War, comprehensive coverage is reached by the 1920s and 1930s. Reprints of these continued to be made until 1956. In the late 1930s the German Army produced a slightly reduced reprint of these maps (which have not been digitised) and in the 1950s the U.S. Army Map Service reprinted some maps. In the 1960s and 1970s the Republic printed the maps again with revised boundaries and provinces.

This image is the key to the 1:250000 series of Sudan Survey maps of Sudan produced between 1856 and 1950. Click on the area of interest within the red lines to load an enlarged version of that set of sheets (any area without a number did not have a sheet produced). Durham University Library does not hold a complete set of maps. Maps in this series later were numbered on a scheme following the 1:1,000,000 Africa series index. 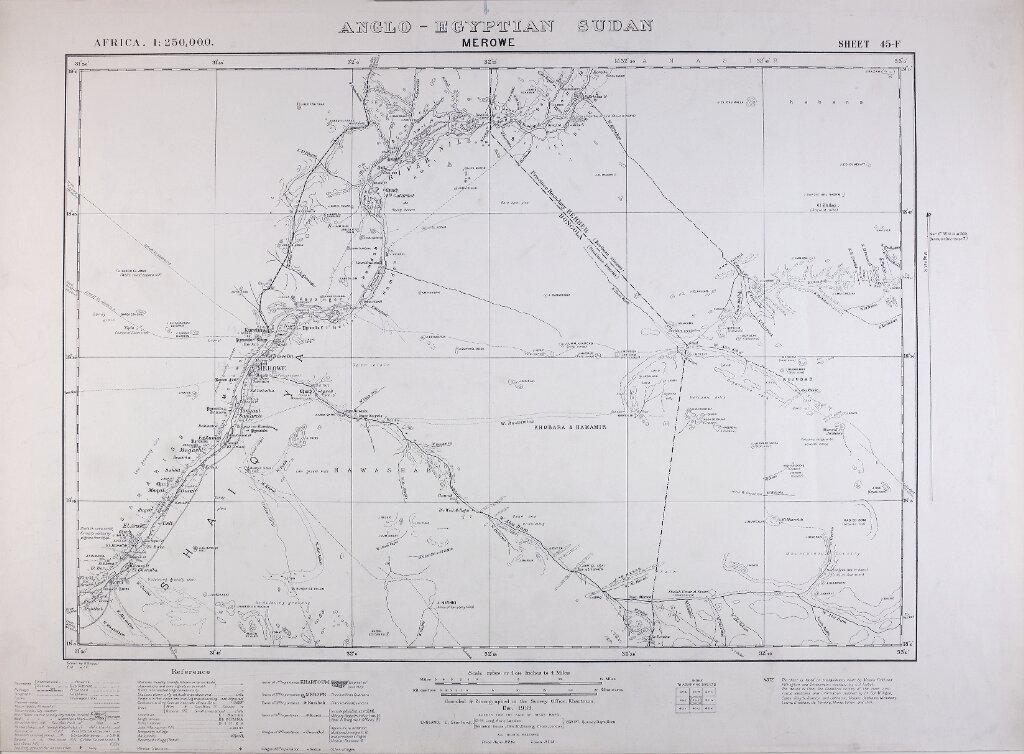 An additional map index to our other digitised printed map holdings is available online (see full screen). (Clicking this link will take you to the uMap website.)